As a special feature for the 2016 Year of Innovation, Architecture and Design, we thought it would be good to start very close to Sandcastle Cottage, and take a look at the architectural styles in the street where the cottage is situated. Nethergate in Crail is one of the principal streets of the village, and we found a paragraph about the street in a guide to the architecture in Fife.  The book was published in 1988, and it was interesting to note the changes since then as we walked along the street taking photographs of the buildings which are commented on.  Should you wish to consult the book, it is by John Gifford and is called “The Buildings of Scotland Fife”. 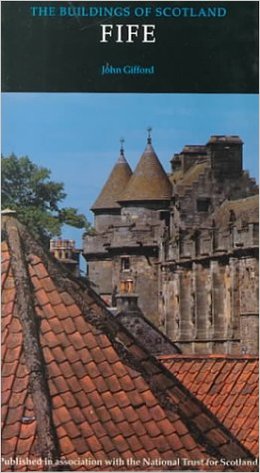 The author notes about the picturesque small town of Crail that “Fishing… gradually declined in the C19, and by the 1950s the letting of houses or rooms to holiday-makers had become ‘almost the keystone of Crail’s economy’.” 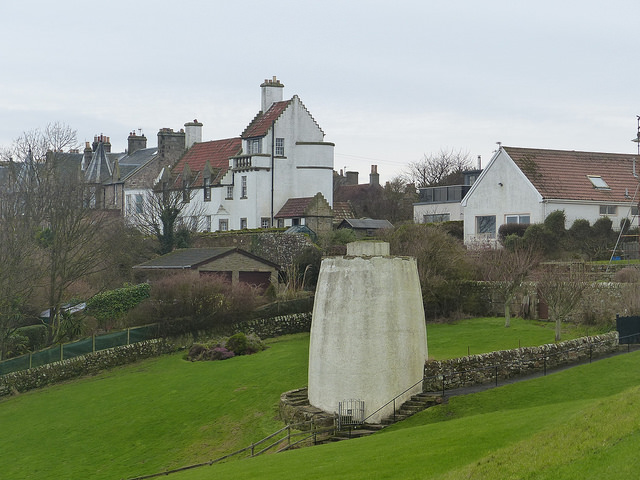 Crail Doo’cot with The Priory behind viewed from Roome Bay

The 16th century Doo’cot situated by the path to Roome Bay is described as a “the beehive PRIORY DOOCOT, smothered in cement.  Then THE PRIORY, a light-hearted baronial villa by Thoms & Wilkie for Samuel Brush of Dundee, 1915.  An odd but effective composition, white-harled and red-tiled, complete with gabled tower and circular turret.”

Further along the south side of Nethergate is Downies’ Terrace, which is described as “dated 1878, is a more serious baronial joke, each front door crowned with its own variation on the chimney-gable theme.” 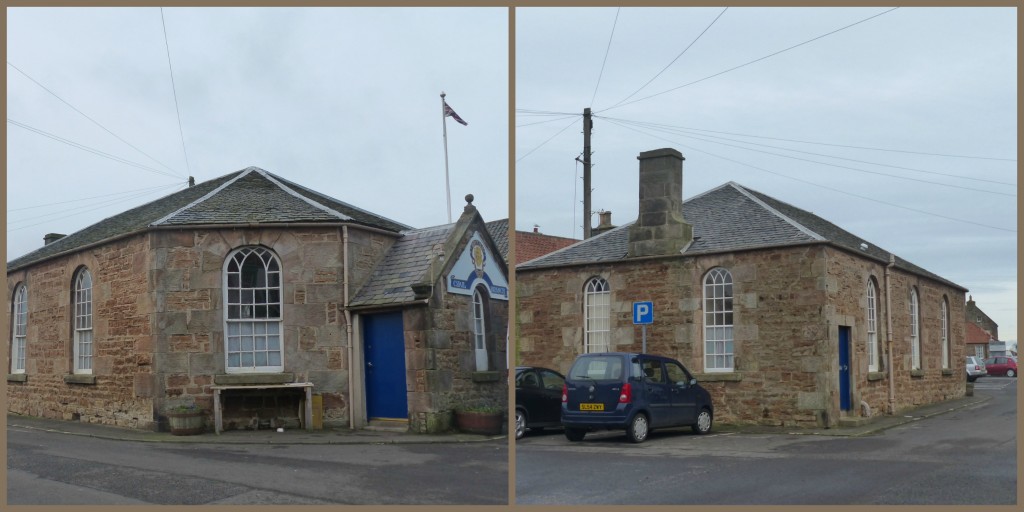 The Legion Hall in the centre of the street has had various different uses in its time, as it is listed as the Public Library (originally Burgh School) – built 1824, possibly by Robert Balfour, and our guide notes that “the gabled porch, with ball finial, dates from the radical reconstruction by John Gosman, mason and John Balsillie, wright, in 1852.”

Crail Pottery in the narrow wynd which forms the end of Nethergate is noted as having “a square eye in its gable, half-dormers and a half-basement, the front door reached by a double forestair”.

See more photos of our architectural stroll along Nethergate on Flickr.

Come to Sandcastle Cottage and explore the architecture of the East Neuk in 2016.  Just check the dates you require in the “Book Now” calendar.

Alternatively if you would like information on availability or prices then click on the book now bottom at the bottom of this page or call us on 0131 476 4011 after 6pm.

Please note we are not taking any new bookings before 26 June at present until the situation regarding the COVID-19 outbreak becomes clearer.

Only these weeks remain in peak summer: