Finding members of your family tree have lived in Crail, Fife in Scotland might just lead you to take a trip to visit the village to find out more.   END_OF_DOCUMENT_TOKEN_TO_BE_REPLACED

As a family we have spend a number of Christmases over the years in Crail. It’s a great time of year to get out and about and see what wildlife you can spot. Hence our twelve birds for Christmas. END_OF_DOCUMENT_TOKEN_TO_BE_REPLACED

Christmas holidays in Crail for all the family might just be the short break you are looking for. Or if you have family in the East Neuk or St Andrews and just want to be nearby for the festive period this may be a welcome option as hotels can be expensive at this time of year. END_OF_DOCUMENT_TOKEN_TO_BE_REPLACED

As one of the blog team for Crail Food Festival, I was delighted to have an assignment which involved visiting lots of ice cream and sweetie shops!   END_OF_DOCUMENT_TOKEN_TO_BE_REPLACED

A nature walk from Anstruther to Cambo Estate

Time to get back to nature on the Fife Coastal Path!  Skies were a little greyer than of late when we set out on our walk from Anstruther to Cambo Estate via Crail and Fife Ness. END_OF_DOCUMENT_TOKEN_TO_BE_REPLACED

As a special feature for the 2016 Year of Innovation, Architecture and Design, we thought it would be good to start very close to Sandcastle Cottage, and take a look at the architectural styles in the street where the cottage is situated. Nethergate in Crail is one of the principal streets of the village END_OF_DOCUMENT_TOKEN_TO_BE_REPLACED

We’re watching the plans for a month-long celebration of fabulous Food From Fife unfold, in the form of the St Andrews Food and Drink Festival which will be taking place in November 2015, END_OF_DOCUMENT_TOKEN_TO_BE_REPLACED

Small Gardens – some with amazing views

Small Gardens of Crail is an event which happens in the village every year in July. It’s an opportunity for the locals to open their small gardens to the public and raise money for charity under Scotland’s Gardens Scheme. It’s also a great day out. A chance to walk round the village and see some hidden gems.
END_OF_DOCUMENT_TOKEN_TO_BE_REPLACED 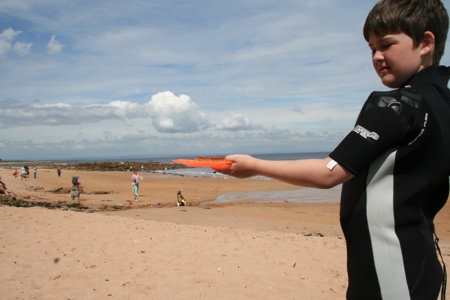 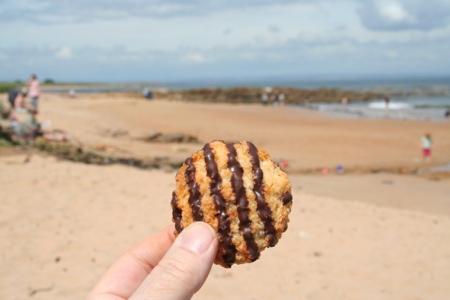 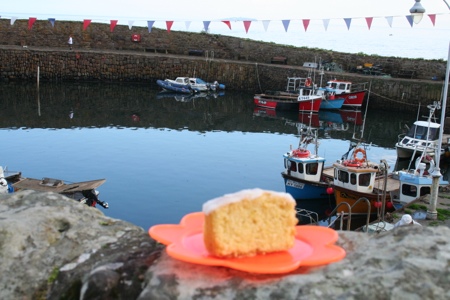 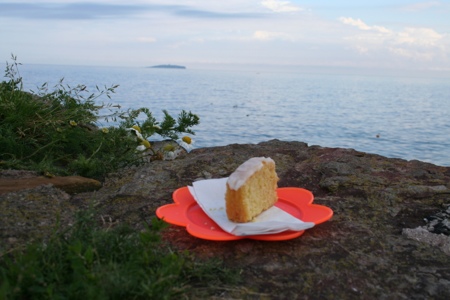 The East Neuk Festival has just completed another successful year staging events and bringing wonderful music and more to our corner of Fife.

This article in The Scotsman prompted a search for information about the Pilgrimage Walks which are mentioned, and in particular the one which was starting on Sunday 1 July 2012 from St Mary’s Cathedral in Edinburgh. 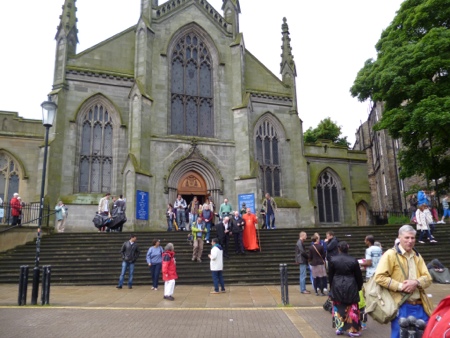 A friend from the Lammermuir Festival was setting off on a pilgrimage of his own, sailing from North Berwick to Cellardyke to reach the East Neuk Festival’s closing concert.

And in Crail, Graham and Edna of The Honeypot were being cast as Pilgrims in the East Neuk Festival sand sculpture. 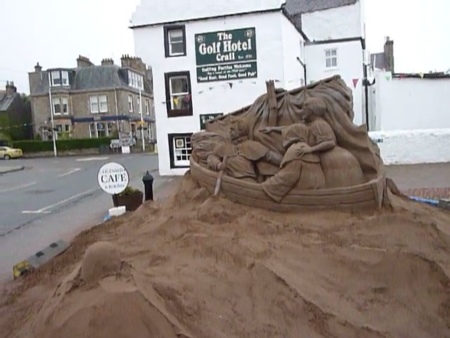 Please note we are not taking any new bookings until the situation regarding the COVID-19 outbreak becomes clearer.