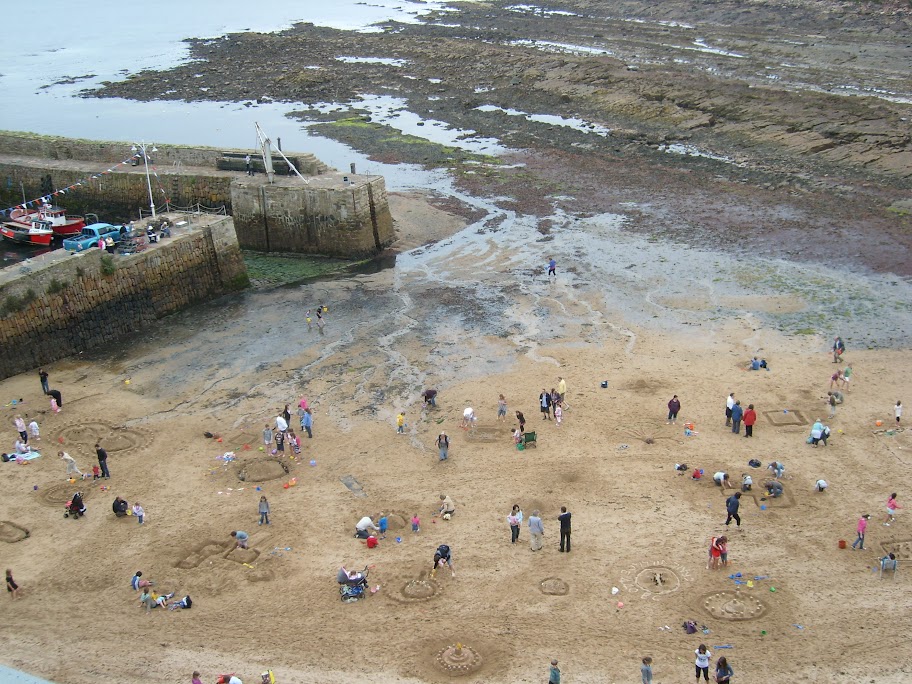 BBC Scotland’s Culture Café (28 June episode) spoke to Jamie Wardley – Sand Sculptor from Sand in Your Eye before he set off for Crail to start work on his latest sculpture.  Over the next 4 days at Crail, Jamie will be creating a new sand sculpture following last year’s wonderful  Sand Train which was created outside the Honeypot Guest House and Tea Room in the centre of Crail.

Jamie uses tools such as a shovel, builders trowels, hand trowels, craft knifes, and even brushes for the final details to build huge sand sculptures in different venues all over the world.

This time, the sculpture he’s building is a closely guarded secret, with the first person to guess what it is being eligible for a prize.  When Janice Forsyth, the BBC Scotland presenter asked if he would be creating a sandcastle, Jamie replied:

“A sandcastle is actually a really difficult thing to make”

Janice wasn’t at the East Neuk Festival last year, but confirmed she did come to the Crail Festival, and competed in the Sandcastle Competition.  Jamie asked her if she had won, and she replied: “We were robbed! ….we made a submerged Tardis. We made the roof of the Tardis appearing out of the sand and we grabbed a blue bucket and made that a light.” They didn’t win, but said Janice,  “We did get an insight into how much fun it could be if you just let your imagination roam.”  If you look really closely at the first picture I think you can just make out the light on the Tardis!

So if you’re stuck for something to do with the kids this holiday, why not get them working on some sand sculptures? If you’re in Crail on the 23rd July 2011 – Sandcastle Cottage is sponsoring the Sandcastle Competition as part of the Crail Festival once again this year.  Come along and join in – bring an active imagination! 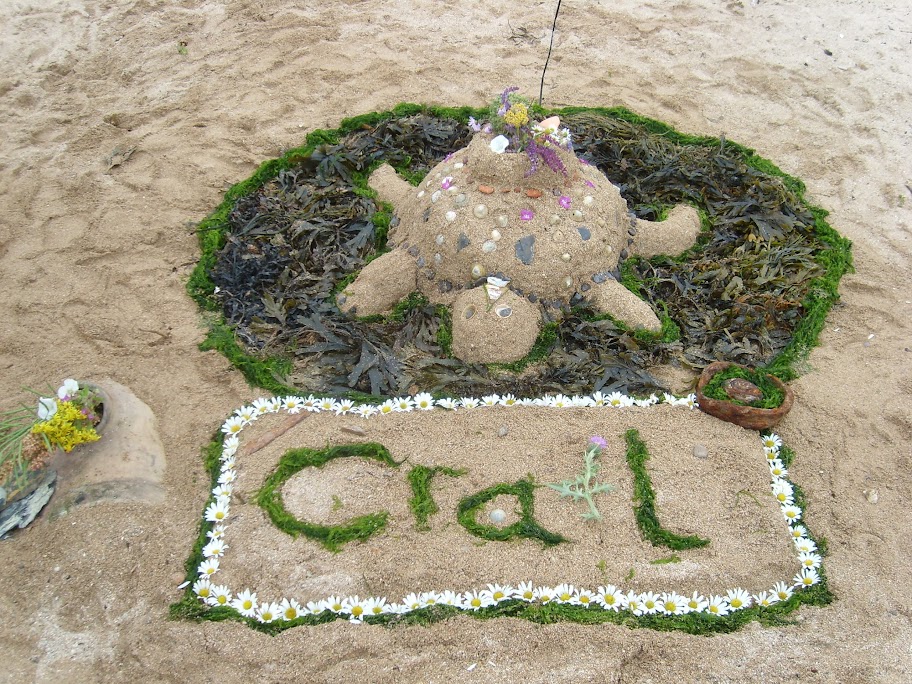 Come along and join the fun!

Current advice is not to travel unless your journey is essential. From 3 July 2020 in Scotland, visitors are allowed to travel in a family group to self-contained holiday accommodation. We have opened our calendar for the following dates: