Pittenweem is the East Neuk of Fife’s only working fish market. Large fishing boats land their catch in the harbour in the early hours of the morning. A day trip to Pittenweem is highly recocommended.

Pittenweem has also become a hub for local artists. Visitors can enjoy regular exhibitions throughout the year.

Pittenweem Balcaskie and St Monans is a 7 mile circular walk which took us 3.5 hours. Starting in Pittenweem, walking through Balcaskie Estate, Abercrombie village, St Monans and back to Pittenweem. The route is relatively flat along small country roads, good paths through open farmland with fine views to Berwick Law and the Bass Rock. The return from St Monans is along the Fife Coastal Path.

As part of the Pittenweem Arts Festival this week, one of the events was ‘Crinoids and Clams’ – a walk along the coast from Pittenweem to look at the rock formations which give evidence of Fife’s geological origins. Billed as an event for the under 12’s, there were some adults who joined in too, ‘I’m only 69’, said one!

Our 10-year old has already visited the Carboniferous tree trunks at Crail harbour beach, following the prompting from a David Attenborough TV series, so we thought this walk would be an excellent addition to his geological education, being led as it was by Dr Ruth Robinson, an expert from St Andrews University.

Low tide at 10 am was the perfect start to the walk, which proved a challenging scramble across slippy seaweed-covered rocks, so we were glad we’d worn wellies even though it was a gloriously warm morning. If the tide isn’t in your favour, it might be best to descend from the coastal path around Pathhead Nurseries to see the coral layers which were easily identified and take you off on a dreamy reverie of coral sands in distant sunny climes.

We focused on the Carboniferous period – looking at evidence of ancient plant life, and traces of sea creatures from these distant times, around 320 million years ago. It was wonderful to walk with an expert and have her interpret our finds which ranged from the splendid, to ‘that’s just a rock’.

One of my favourite revelations of the morning was when someone brought a hunk of granite for examination, and Dr Robinson opined that it would have been dumped on the beach during the last ice age as the glaciers rolled through bringing matter from the central Highlands.

Informed walks like this certainly make the beach combing much more interesting! 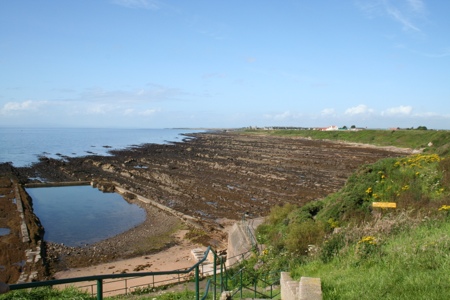 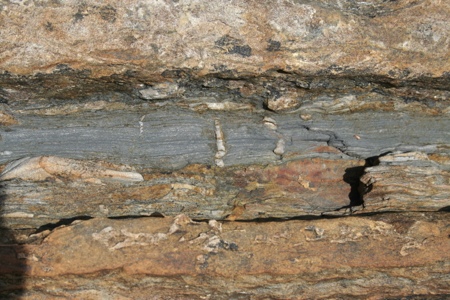 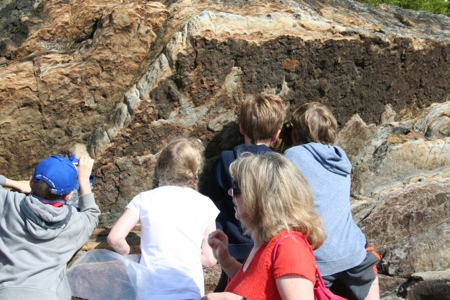 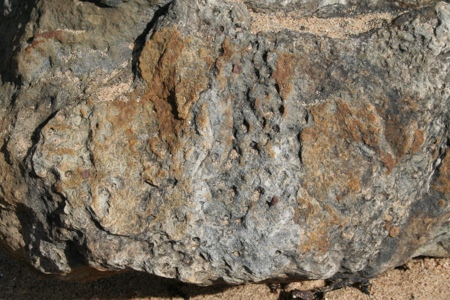 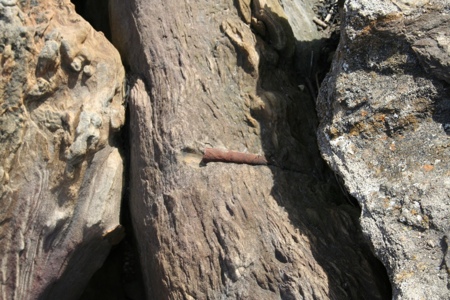 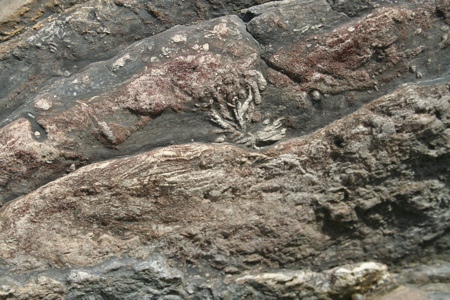 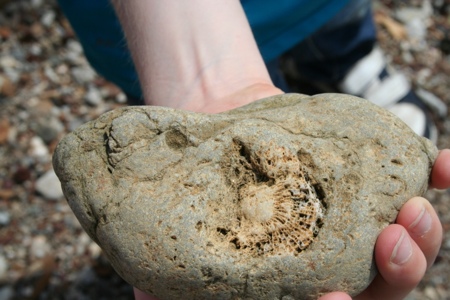 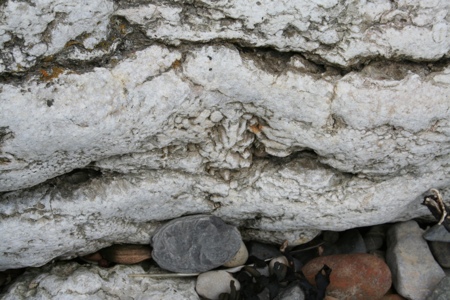 Read more about the geology of the Fife Coastline on this Fife Coastal Path Geology Trail.

Sandcastle Cottage is now closed for the season. We will reopen in April 2023