This part of the coastal path from Tayport to Balmerino offers the walker some superb views across the Tay Estuary towards Broughty Ferry and Dundee. Much of the path follows the old railway line between Tayport and Dundee which closed in 1966 shortly before the opening of the Tay Road Bridge. This is a relatively easy walk. You don’t need boots or stout walking shoes as much of the walk is on tarmac pavements or cycle paths. The only part that is not is the part between Wormit and Balmerino.

We started this part of the coastal path from the east end of Tayport where the buses terminate in Shanwell Road. This part of Tayport is known as the common and in June there are parts given over to the growing of wild flowers. 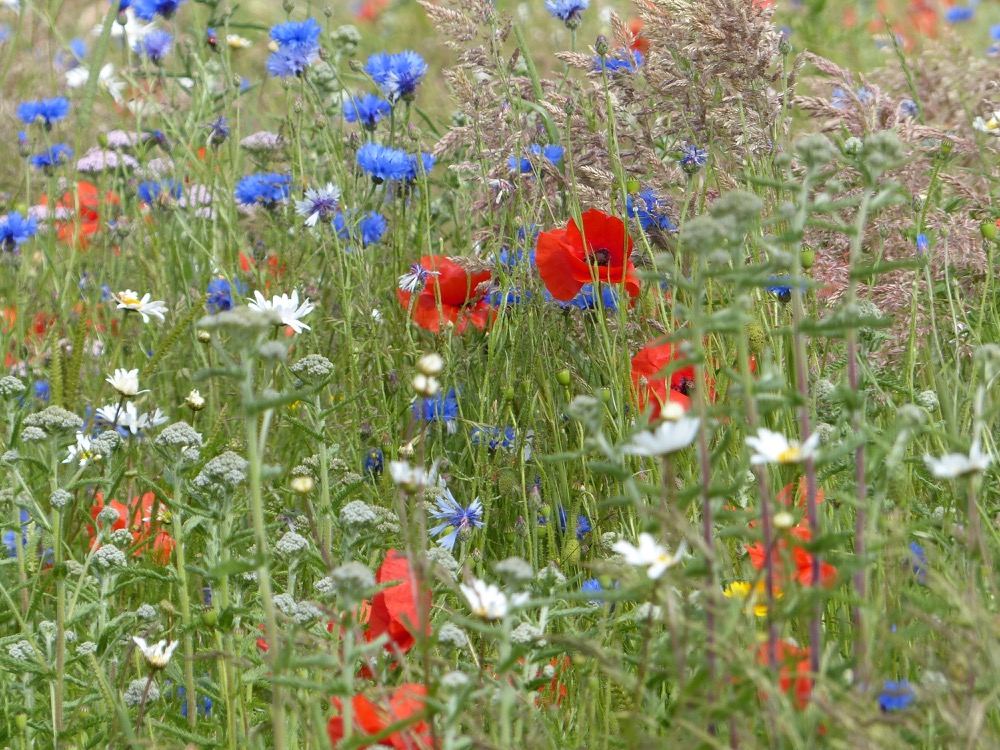 The path takes you along the coast towards Tayport harbour, now a yacht marina. On the other side of the Tay stands Broughty Castle 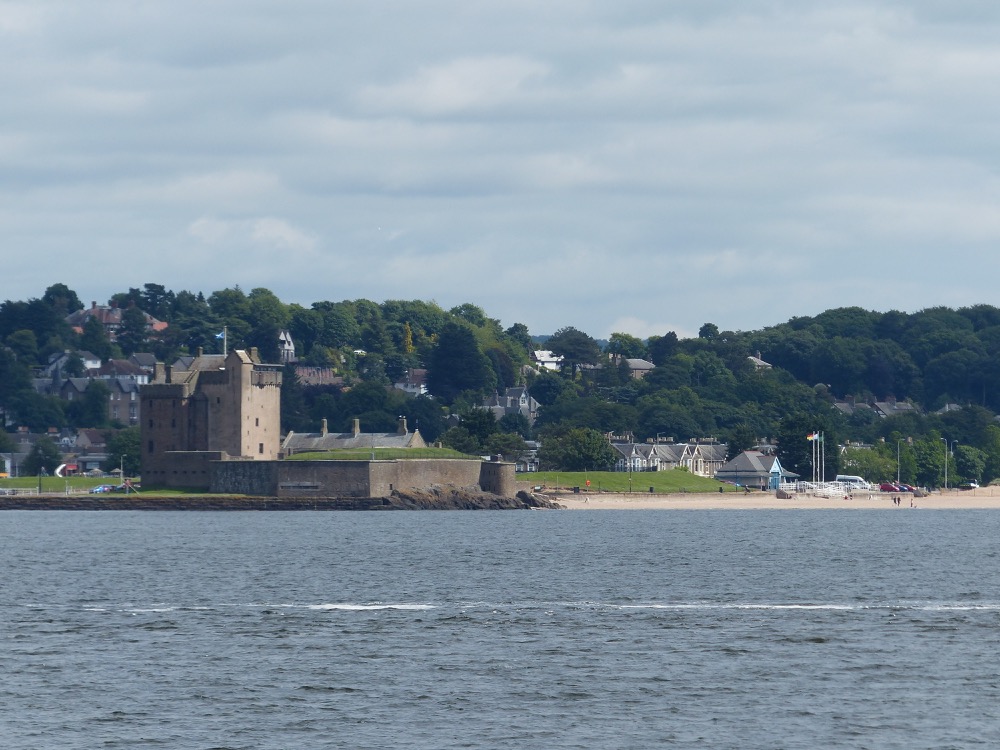 Broughty Castle and the Tay Estuary

From the harbour follow the signs to pick up the path along the old railway line. This is a pleasant walk along a tarmac path which is tree lined on both sides. Look out for the lighthouse on the right hand side  through the trees. This is known as The High Light or Tayport West Light. Constructed, owned and operated by the City of Dundee, it is still active today. 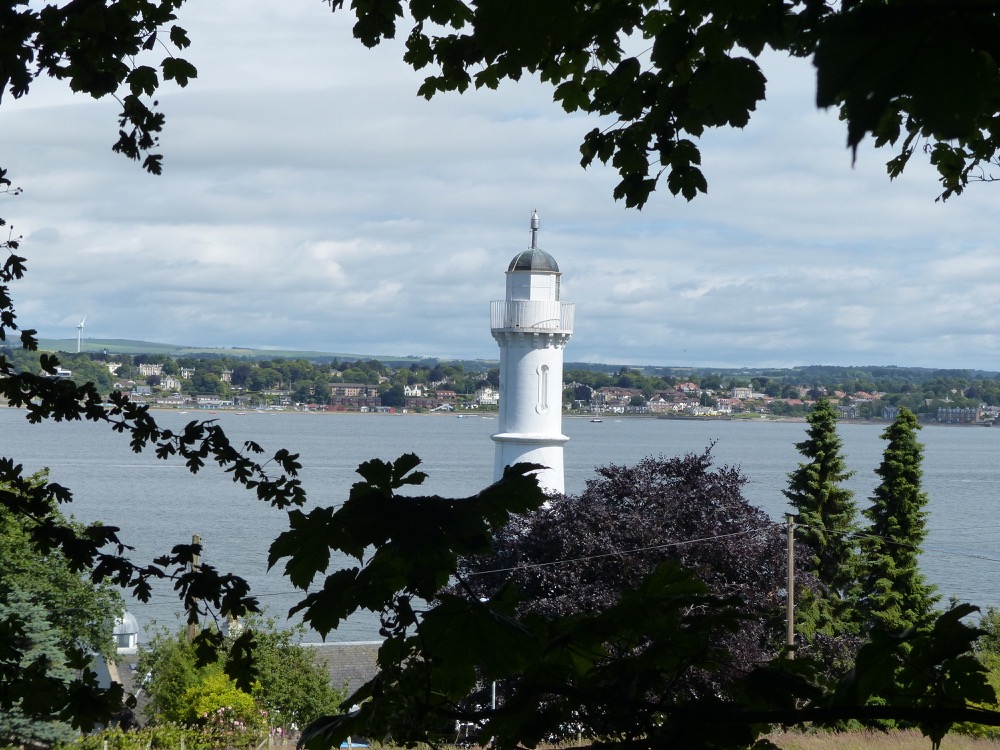 The path then opens out to give the walker a superb view of Dundee on the other side and the Tay Road Bridge. As you approach the Taybridge Head there is a large car park, information centre, cafe and toilets. There is also a viewing platform. The Tay Bridge head has a number of bus connections to Newport, Tayport, Dundee and St Andrews. If you have done enough walking for the day you can always hop on a bus back to the car in Tayport or further afield to Leuchars or St Andrews. As you get further along the path public transport becomes more difficult.

The Tay Road Bridge was opened on the 18th of August 1966 by the Queen Mother. It carries the A92 road across the Firth of Tay and replaced the ferry service operating from Newport to Dundee. 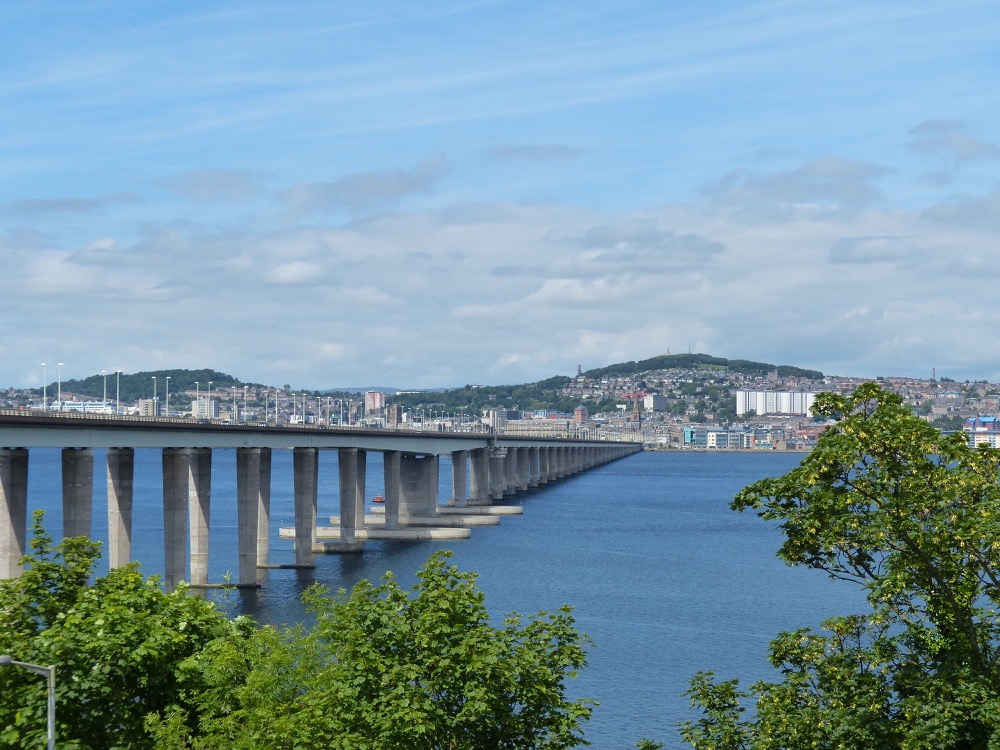 The Tay Bridge to Newport

As we leave the Tay Bridge Head and proceed down the steps into Newport we come across this rather ornate water fountain. This was a donation to the town of Newport in 1882 by Mrs Blyth Martin a member of a prominent Dundee jute family, designed by Walter Macfarlane and cast in the Saracen Foundry in Glasgow. The intention was to provide clean drinking water to the citizens of Newport. 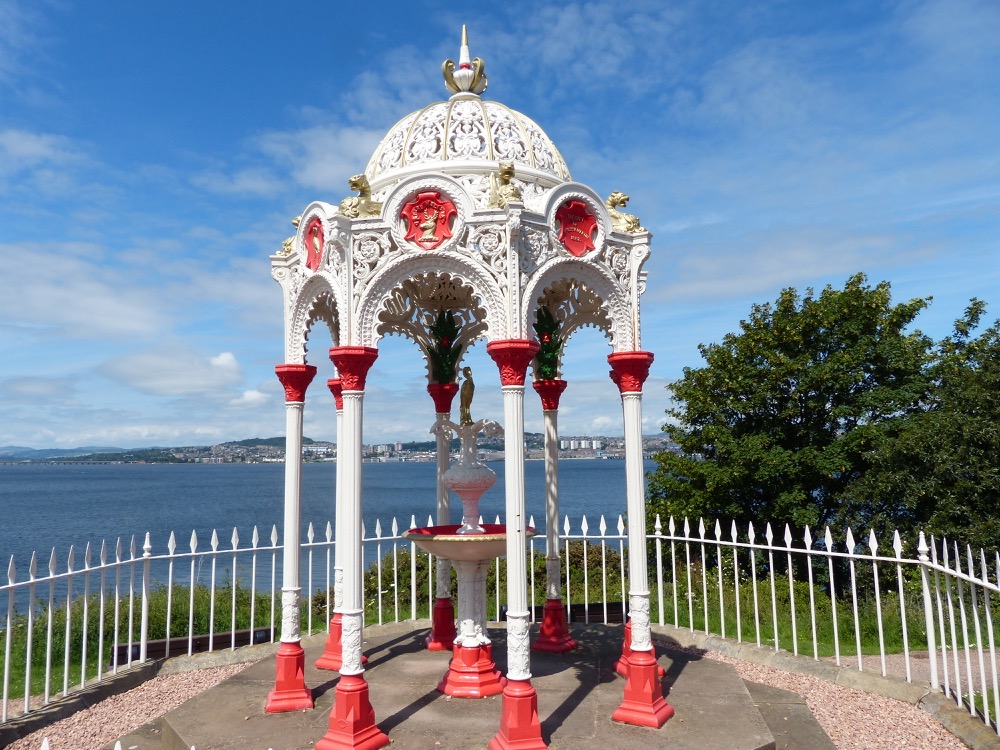 As we proceed along the path towards the centre of Newport and a welcome lunch break, we can’t help but notice the construction of the new Victoria & Albert Museum across the Tay in Dundee. The building looks like a ship and is designed by Japanese architects Kengo Kuma & Associates. Actually the architect took his inspiration from the cliffs around the east coast of Scotland. The V&A Dundee is Kuma’s first British building and opened in 2018. The tower at the back of the picture is known as Cox Tower which was part of Camperdown, once one of the world’s largest jute works. 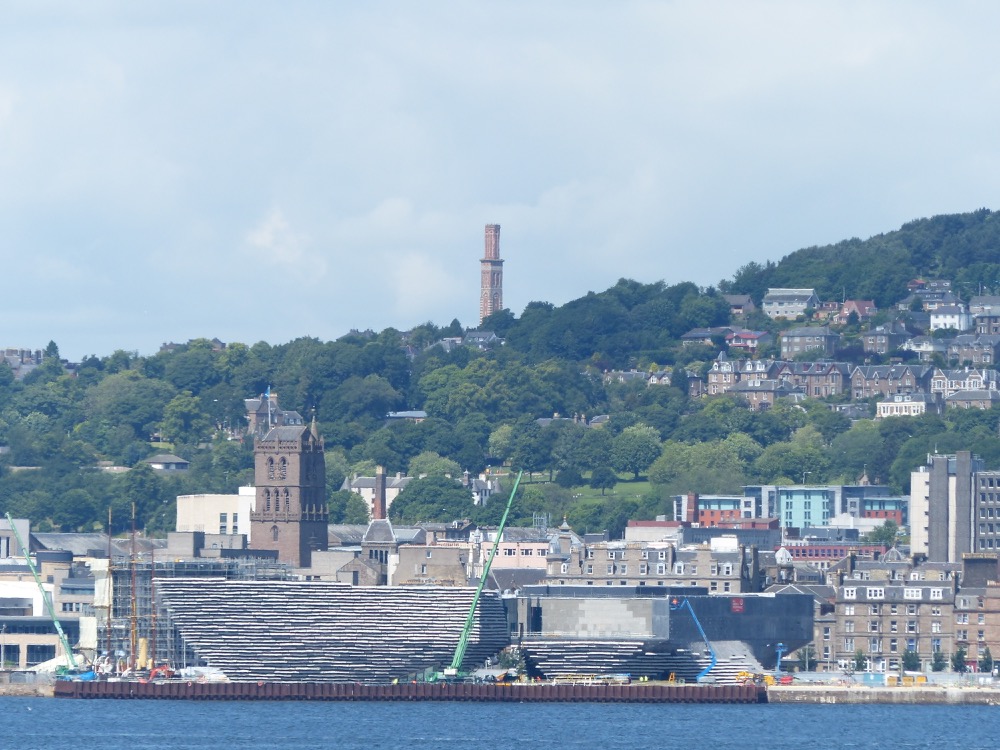 The V & A Museum Dundee

On reaching the centre of Newport we realised we had completed 100 miles of the walk since starting off from Kincardine. This was also the time for lunch. We chose Kitschnbake which is in the centre of Newport almost opposite the old ferry terminal. The minute we walked in the door we knew we had made the right choice. 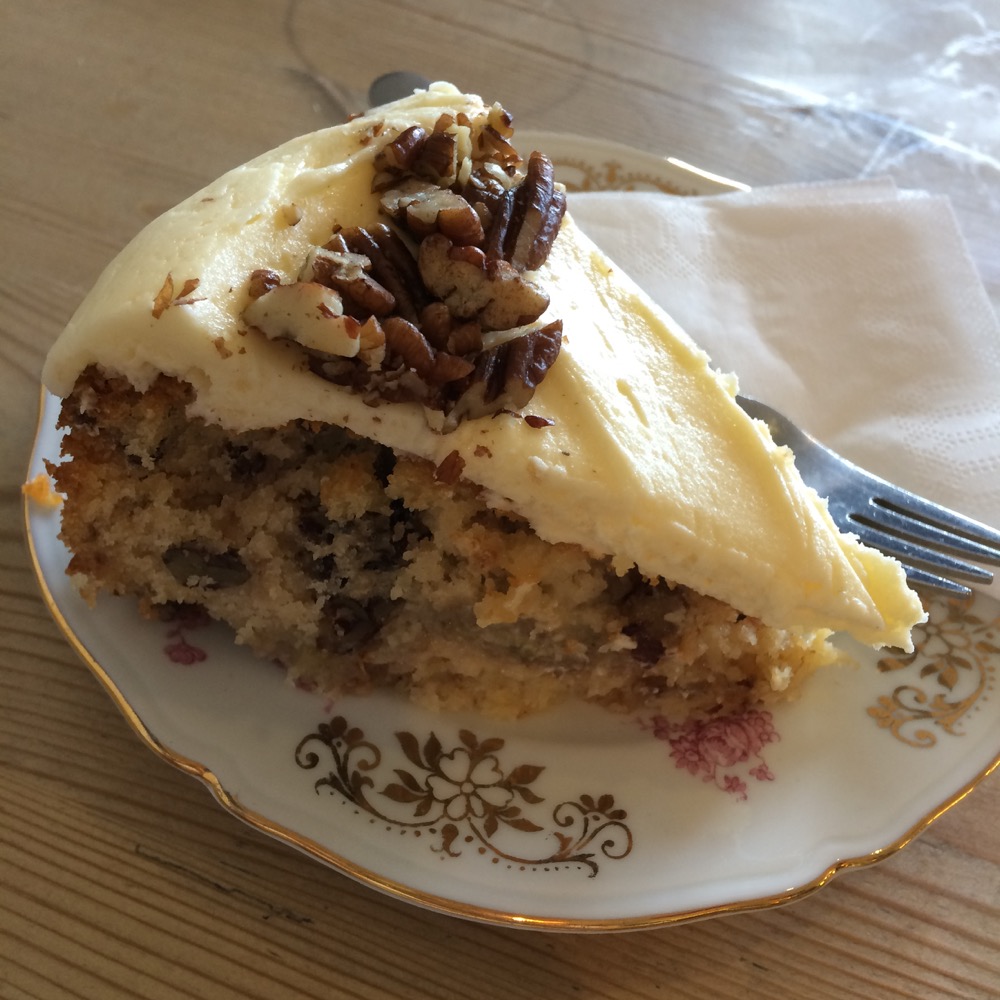 A sample of the delicious cake from Kitschnbake 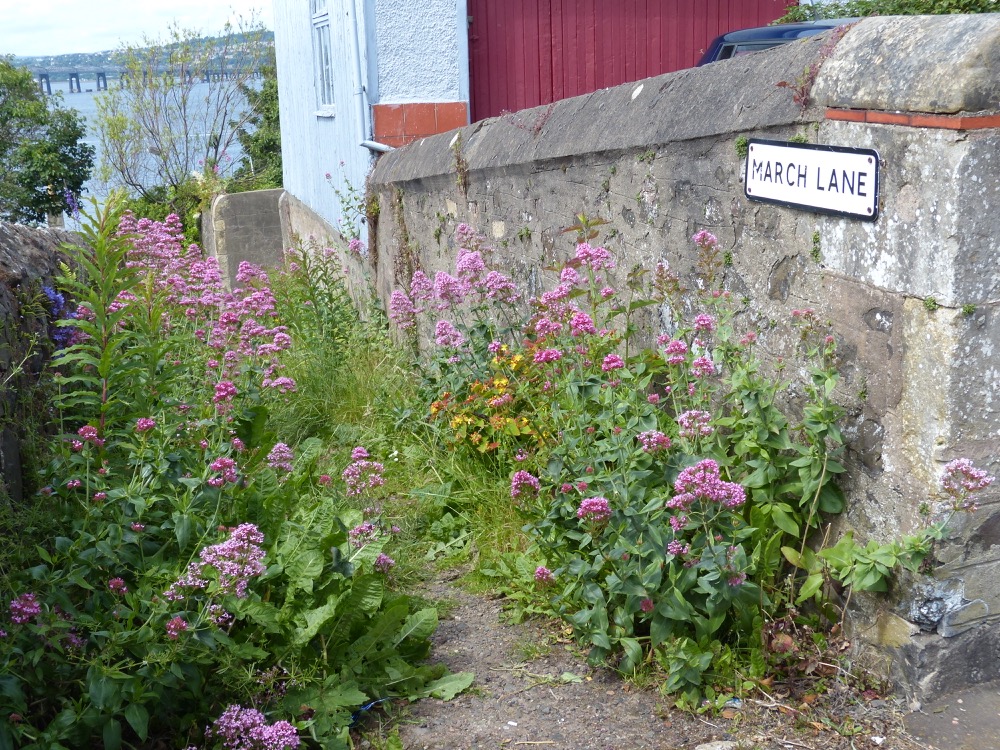 On leaving Newport the route takes us along the pavement towards Wormit and the Tay Rail Bridge. On the way look out for Woodhaven now the home of Wormit Boat Club. During the Second World War this was RAF Woodhaven and the base for 303 Squadron Norwegian Air force flying Catalina Flying Boats into occupied Norway. 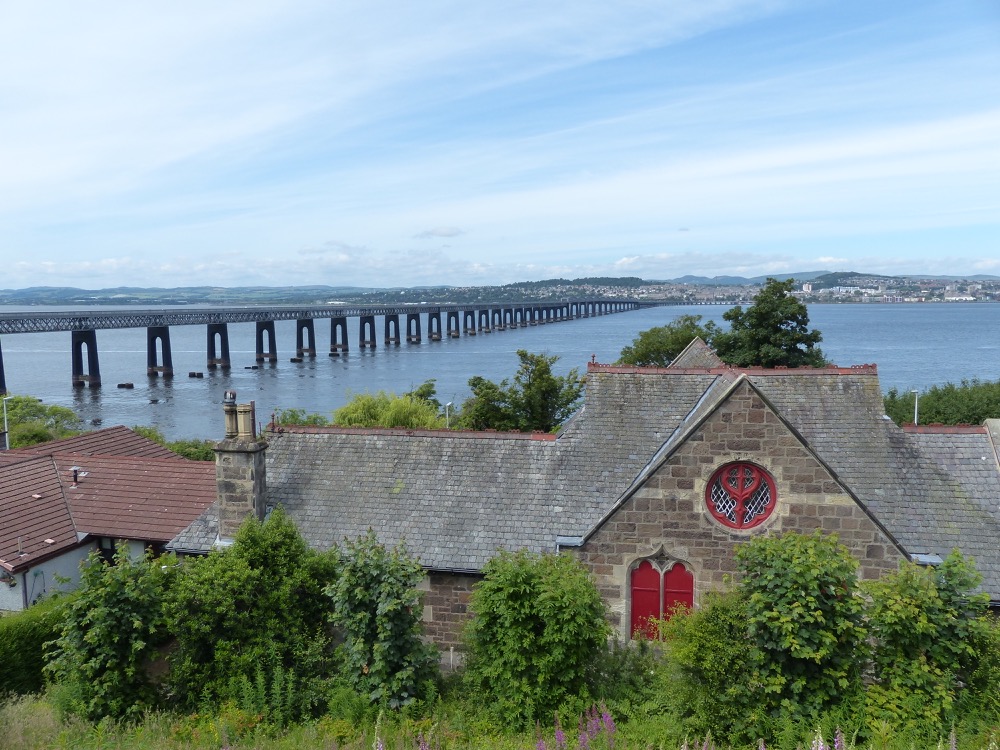 The Tay Rail Bridge and Dundee

As you walk under the the rail bridge you will notice the pillars of the first rail bridge which collapsed during a violent storm in 1879 killing sixty people.  There is a memorial to the Tay Bridge Disaster at Wormit Bay. 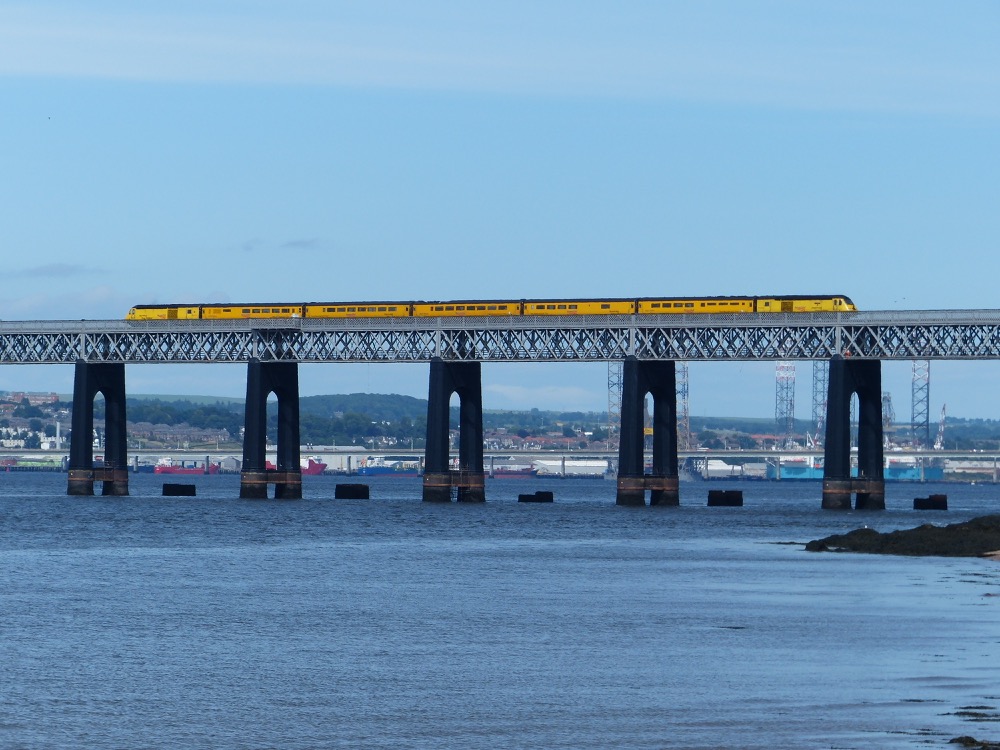 Train on the Tay Rail Bridge at Wormit

On leaving Wormit Bay the grassy path takes us into a wild flower meadow. Don’t forget to look back to take in the last view of the rail bridge and Dundee.

Along the path you will come to a wooden seat carved in the shape of a grey seal. We stopped, gazed out on to the river and spotted four seals in the water and one sitting on a large sand bank. 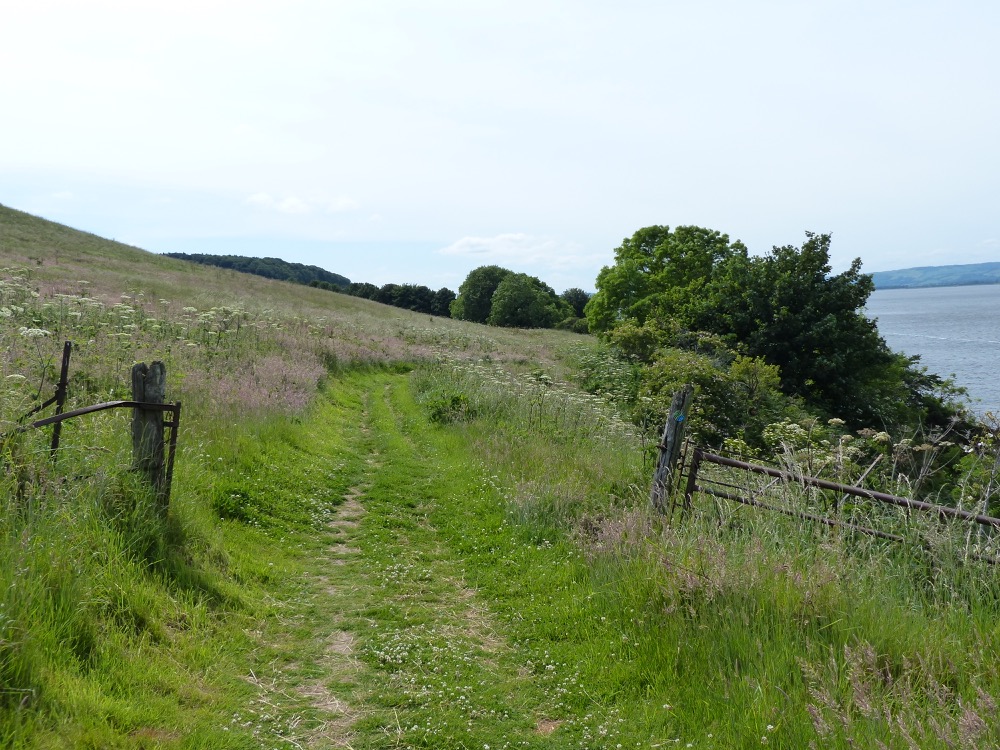 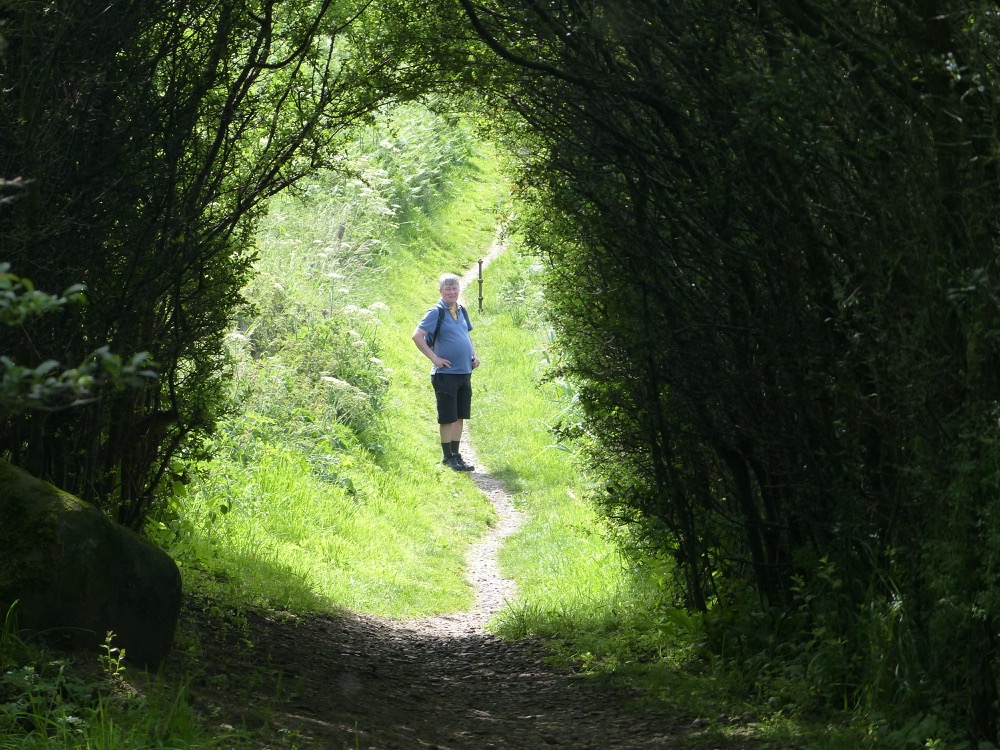 On the path between Wormit and Balmerino

The Village of Balmerino

The tiny hamlet of Balmerino situated on the banks of the Tay, and the home of Balmerino Abbey, marks the end of this part of the walk.

There is a bus service from Balmerino but it is not frequent. We took two cars, parking one at Tayport and the other at Balmerino. There are two designated car parking spaces for walkers located within the village but the road is not in a very good state of repair. We parked next to the abbey which is easier. 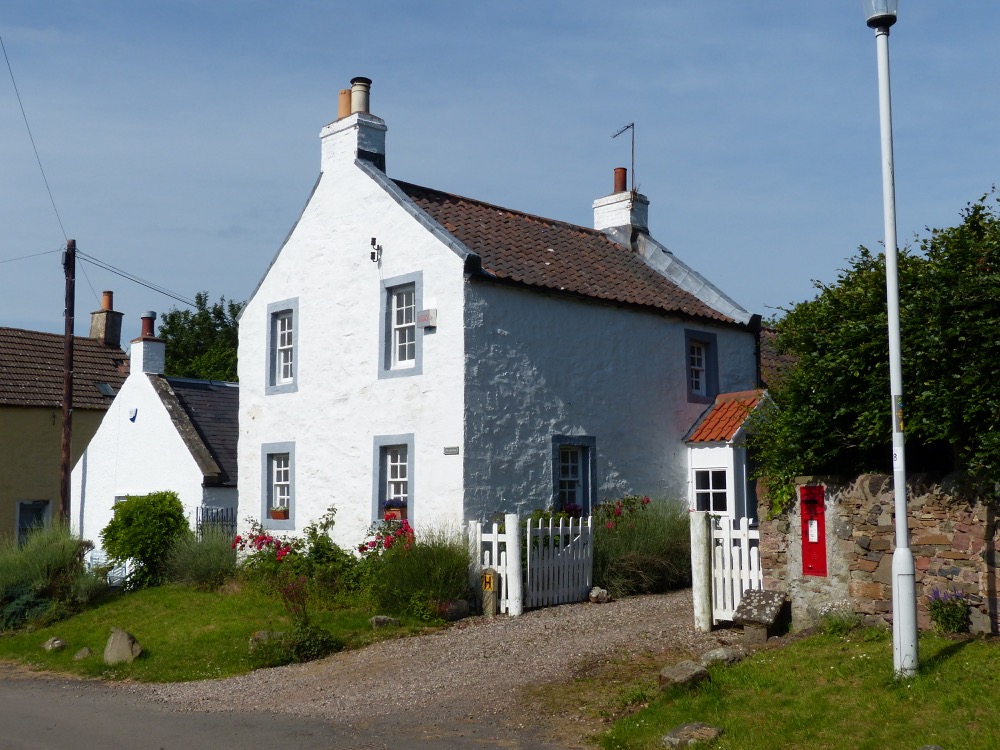 The small village of Balmerino

On visiting the grounds of Balmerino Abbey we came across the old Spanish Chestnut Tree. It is believed to have been planted by Queen Ermengarde in 1229 to mark the foundation of the abbey. A sign nearby says that according to the National Trust the tree is at most 500 years old. Whichever date is correct, why let a few rings spoil a wonderful story? 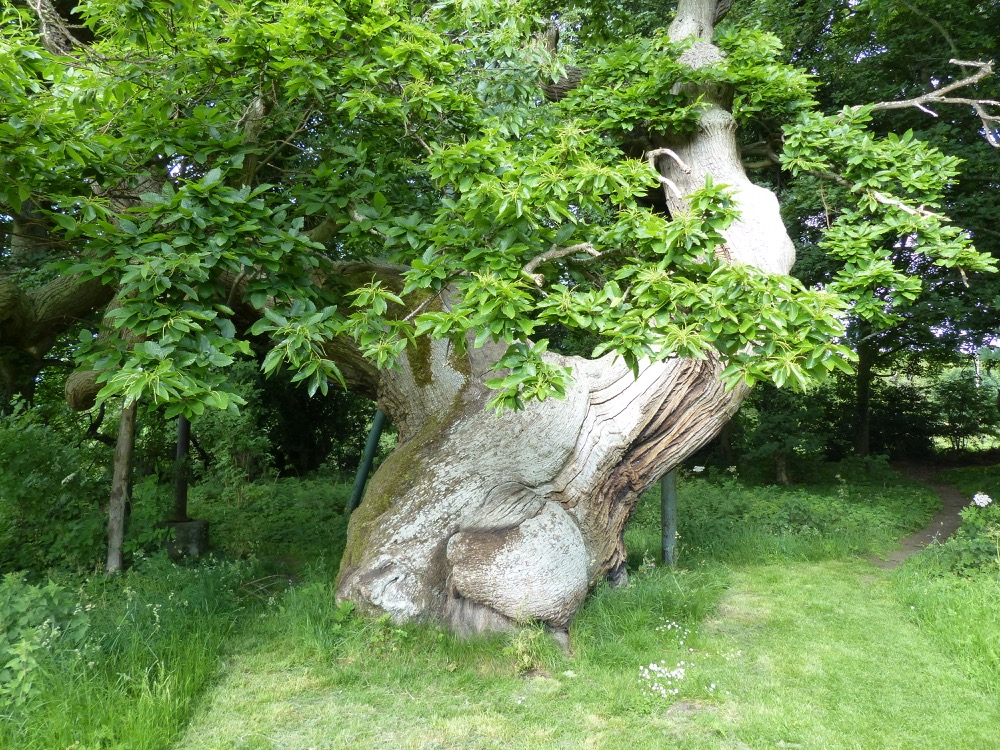 The Old Spanish Chestnut Tree in the grounds of Balmerino Abbey

I would thoroughly recommend this part of the Fife Coastal Path. Until you reach Wormit there is the option to stop, get on a bus and go back to Tayport.

If you are looking to complete this part of the walk why not stay at Sandcastle Cottage in Crail which is on the Fife Coastal Path? The book now button below will take you to our website where you can make your booking.

We look forward to welcoming you to Sandcastle Cottage.

Our next available dates are from:

All weeks start and finish on a Friday.

For any other enquiries, please get in touch via email susan@2crail.com